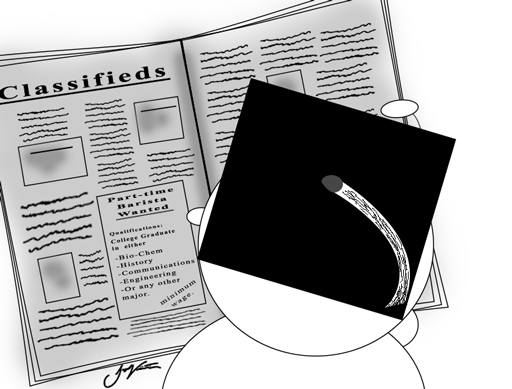 In February 2020, approximately 165 million people were employed out of an approximate civilian population of 250 million Americans.

In the economic recession of March 2020, 20 million jobs were lost. Since then, in the interim 12 months, only 10 millions jobs were re-created, leaving 10 million people still seeking employment. Of that 10 million, roughly 4 million people have stopped looking for jobs, becoming the structurally unemployed.

How many jobs would need to be created every month in order to provide employment not only for those people coming of age now seeking employment, but also for the 6 million who are still seeking to regain their jobs lost in March 2020?

Using the numbers from the latest Bureau of Labor Statistics jobs report, where 379,000 jobs were added in February 2021, it would take roughly 2.33 years in order to recreate the 165 million jobs held by Americans in March 2020.

Furthermore, its not just the quantity of jobs, but the quality of jobs created that are necessary to improve the collective standard of living for the US. In the most recent two months, of the 379,000 jobs added roughly 355,000 were in leisure and hospitality, nearly 94% of all jobs created.

Thus, according to educationdata.org, if the approximately 2 million people who are slated to graduate with a bachelors or masters degree in 2021, immediately seek to join the labor force, the challenge will be, given the difficult labor market, to find employment suitable to their educational attainment, a degree costing an average estimated $100,000.

Therefore, it is not enough just to graduate from college, but also to have discovered an aptitude and accumulated experiences that improve confidence in that aptitude, giving college graduates and now seekers of employment an advantage over their competitors all searching for what is increasingly becoming a diamond in the rough.

For more information about how to both plan for and navigate the complex college admissions process in order to minimize the risk of educational malinvestment, contact Creative Marbles Consultancy

Will the Entire Ivy League be Test Optional for Fall 2023 Admissions?