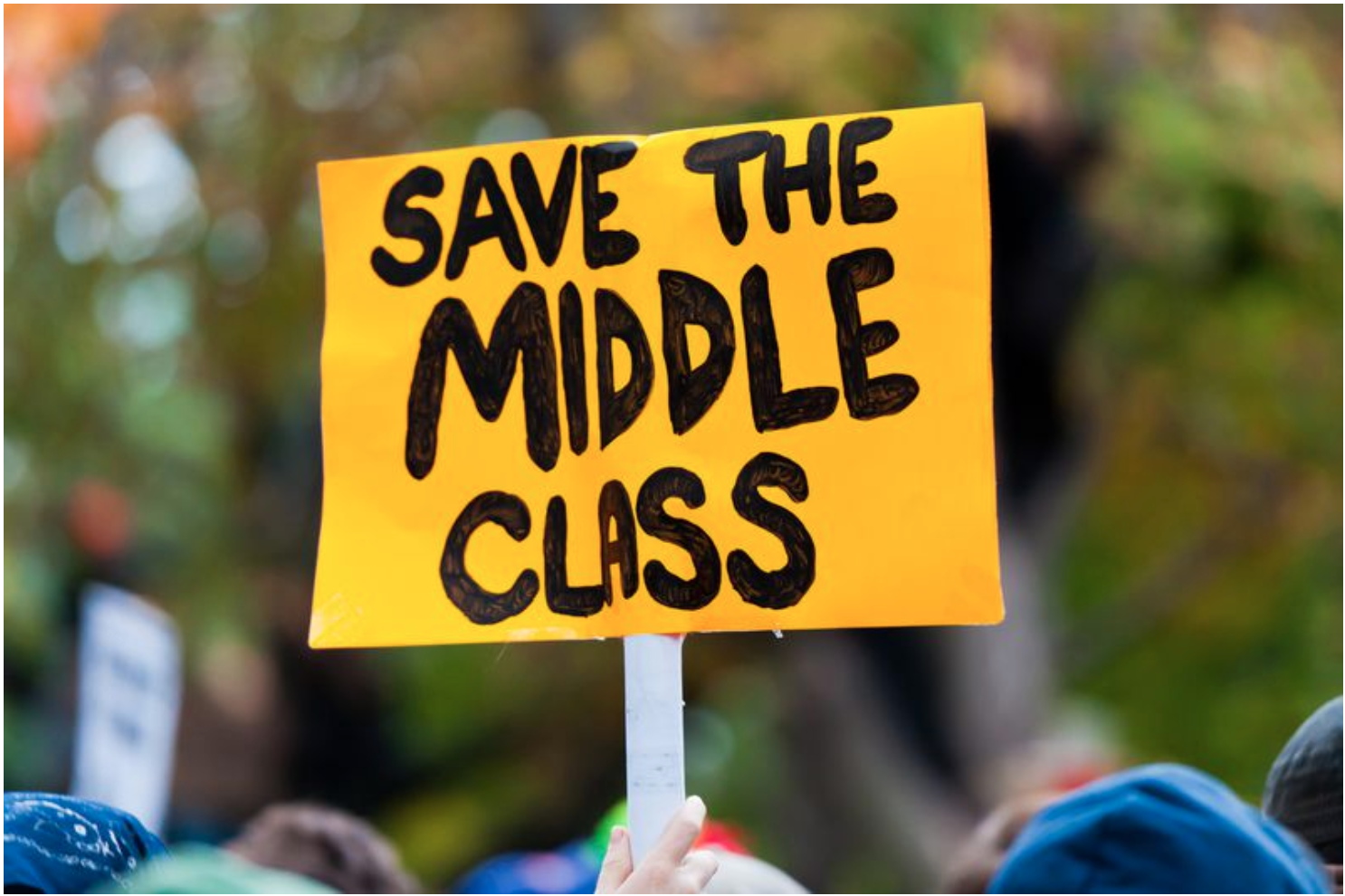 Although the causes behind the shrinking of the American middle class are complicated, the interdependent, economic relationship with the modern American educational industrial complex is not in doubt.  As academic achievements plateau at the average, middle class families are spending more funds to supplement educational experiences, like extracurricular activities. Additionally, greater middle class wealth is spent paying annually increasing college tuition.

Convinced that a college degree was a ticket to economic prosperity, middle class families increasingly borrowed to pay the annually rising costs. Students, however, had no or little credit history as well as income or collateral (an asset of equal value that can be liquidated to repay debt if needed), plus only a hazy promise that their career after college would generate the income needed to repay debt in a timely manner, thus at a higher risk of default. Although there was a demand to borrow for college related expenses, few investors were willing to lend without a co-signer, whose collateral would guarantee the debt.

Many parents, wanting to ween their children from financial dependency or reticent or unable to stake their homes or pensions as collateral to back risky student debt, were not readily consenting to co-sign loans. The Federal government, though believing or lobbied to believe that, either to guarantee private student loan debt which they did until 1996 with Sallie Mae, or as is still the case today, was willing to loan money to those applicants without collateral or guarantee of income and do so at a subsidized cost to borrow. The result was that those who demanded a college education (students & parents) were willing to pay (increasingly by borrowing) for a college education supplied by administrators & their investors at a price (tuition) that has increased year over year concomitant with an ever increasing total debt to this day.

How could this runaway borrowing to pay for an increasingly more expensive product not further stymy wealth accumulation for those families that aspire to either maintain or achieve a middle class standard of living?

According to the latest figures as reported by CNBC, 3.4 million parents collectively owe nearly $90 Billion in PLUS loans for an average of $25,600 per family.

From the beginnings of the 1980’s through at least the 2008 Great Financial Crisis (GFC), the relative widespread economic prosperity for college grads served as a confirmation bias that college degrees were a gateway to financial security, despite the quadruple digit increase in college tuition during the same decades. However, post-GFC, a consequence of nearly 44 million Americans burdened by student and parent debts, contending with continually rising college costs at a time of decreasing  incomes, is the diminished economic value of the college degree, that only further stymies the efforts of those Americans yearning to maintain or achieve a middle class way of life. I’ll add more color to this idea in my next installment.