As an educational consultant, when I ask the question in the title, students and their parents are often stunned and momentarily speechless. Parents usually look at their kids, shrugging their shoulders, as if to communicate, “She’s asking you, you answer.” Then, kids often confess that although they expect to attend college, they’ve never really considered the reasons why they personally want to attend college.

But, asking why is essential in the college admissions process. Asking “Why?” helps students understand their aptitudes and interests, to begin the process of self-actualization. With understanding, students can apply to a set of campuses which align with their needs and educational vision, eventually choosing the one campus where students, as well as their parents, are most confident the student can discover their aptitude with greater clarity.

So, why don’t students ask, “Why am I going to college?” Kids ask why from the time they can speak, so they know how to ask why. Moms all over social media joke about their kids continuous questions. Why do I have to eat broccoli? Why do I have to do this stupid assignment? How is this math concept going to help me in the future?

Kids are unfiltered in their curiousity when they’re young.

Yet, over the years, they learn not to be so curious. A second year college student recently discussed his fears about asking the question, “Why?” He and his friends gained the impression that to ask, “Why are we learning ______ (fill in the blank with the concept)?” as antagonizing the teacher. Other students have shared similar sentiments over the years, including that they often set aside their own questions or ideas, learning instead to mimic the teacher’s ideas in order to be “awarded” the highest grade.

Fortunately, for the second year college student, in reflecting on his discontent while studying at his first university, he paused to ask, “Why?” And, as he became more aware of his aptitude and his values, he chose to change universities; however he regrets the time spent being distressed, wishing his two year younger self would’ve asked, “Why am I going to college?, and is frustrated that he believed for many years that “Why?” is a “dumb” question and he feared asking “dumb” questions.

In confronting his fears, asking, “Why?”, he concluded that his mental health and well-being were important to maintain, so will transfer in Fall 2020 to another university. His experiences can serve as a cautionary tale for parents and students, who are in the process of selecting colleges and working towards qualifying for college admissions.

Pausing to ask, “Why?” to challenge one’s assumptions about the value of a college degree, so that all the efforts to be prepared for college—the late night studying, the 15 hours a week sports practices, the every weekend for five months of the year travelling to competitions, the hours of Advanced Placement homework and memorizing facts—will be utilized effectively. By self-reflecting, students increase their odds of effectively selecting only colleges where they will further realize their aptitude.

Beware of Admissions CON-sultants Hiding in Your Midst 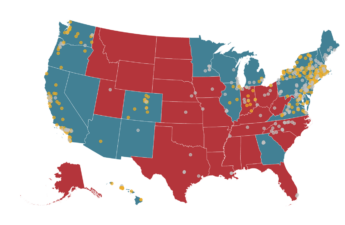