1) The highest average student debt of any graduating class in the last 23 years – $35,000 per student loan borrower. 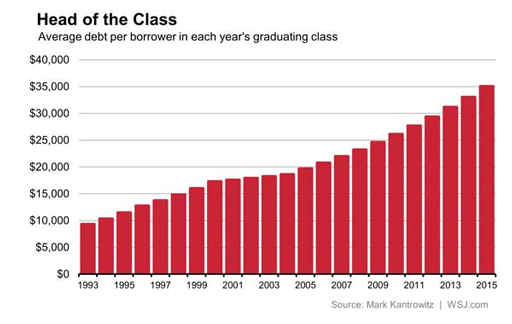 2) In addition, a greater percentage of the Class of 2015 will be repaying student loans, than previous generations:

Almost 71% of bachelor’s degree recipients will graduate with a student loan, compared with less than half two decades ago and about 64% 10 years ago.  (Wall Street Journal, May 8, 2015)

3) Expectations of low-wage jobs and underemployment, or working at jobs that don’t require a college degree, for an increasing percentage of college graduates.  As we’ve posted in the past, our economy is adding greater numbers of temporary and low wage jobs, rather than permanent, career employment opportunities of past generations. 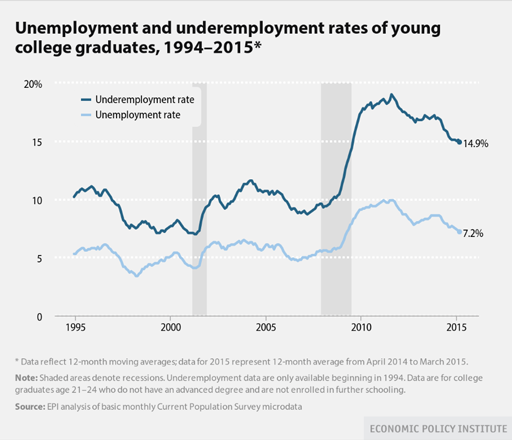 4) Increased odds of moving back home to live with their parents, like a growing third of 24-35 year olds . 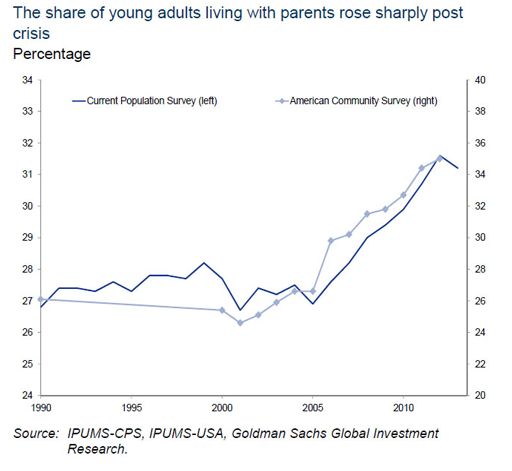 5) Lastly, expectations of prolonged financial support from their parents, even for those who live away from the family home for years after college graduation:

According to a recent 2015 Sallie Mae poll, 36% of parents said that they expect to financially support their child for more than two years after college graduation, double the 18% of parents from the year before.

Greater than 16% of parents expect their financial support will extend more than five years. (Bloomberg Business, May 21, 2015) 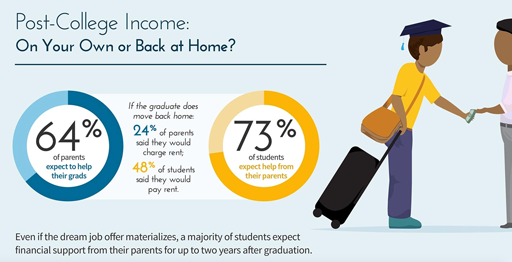 While the college graduates are “commencing” into complex economic circumstances, there is opportunity to shift expectations and questions provides limitless possibilities. While change is constant, yet discomforting, some fresh air may be what helps sustain our success as a global society in the long run.