About the author: Samantha’s son enrolled at the Naval Academy in Fall 2012, after considering colleges, like University of California Los Angeles and Boston University.  She highlights the support of the Navy Academy parent groups in the local area to bring families together, building a connection with their sons’ and daughters’ experiences at the Academy from across the country.

For parents who are preparing their children for college, I’d like to share some of my experiences as a Sacramento mother with a son currently attending the Naval Academy in Annapolis, MD.  My son, Kai, is slated to graduate in 2016 with an aerospace engineering degree.

Kai attended River City High School in West Sacramento and graduated in 2012.  He had excellent grades, took AP classes, and was involved in sports, band, and clubs.  My brother and I both attended UCLA, and it seemed Kai was headed there was well.  The summer before he started his senior year in high school, Kai attended a week-long summer session camp at the Naval Academy.  The week was a mini-introduction to life as an Academy midshipman.  From that time on, his goal was to attend the Naval Academy and serve our country.

The Academy application process is rigorous and very competitive.  Unlike other colleges, the military academies also require a Congressional appointment for candidate consideration.  This is where Jill helped Kai navigate the complex world of college applications and deadlines. Besides the Naval Academy, he had applied to UCLA, UC Berkeley, Cornell, Stanford and Boston University.

When the appointment letter came in January 2012, it was a day full of excitement and relief.  Needless to say, that was only the beginning.  Kai has survived plebe summer and plebe year.  He is on the cross-country and track teams.  He has decided on a major.  This past summer he took a summer school class, was assigned on a ship somewhere in the Pacific, and went on an Alaskan backpacking trip for 26 days.

The academic and career opportunities are plentiful for the midshipmen. The support system consist of their fellow midshipmen and the staff at the Academy. They are even assigned local support parents/families to provide them a place to go to, away from the Academy grounds.

The parents also have an excellent support system in their own local area.  The Sacramento chapter of Naval Academy Parents’ Club mails a monthly newsletter.  They host the Appointment dinners, a summer BBQ, and a holiday get-together.  During the fall, club members meet at the Players’ Bar to cheer on the Navy football team. When Navy teams come out to Northern California, the Sacramento and San Francisco/Bay Area parents’ clubs are also involved.  The parents’ clubs are a means for the parents to keep in touch with each other, get updated on the accomplishments of the mids, and be informed of  events at the Academy.  The USNA website, the US Naval Academy Facebook page, and the e-Trident (an online publication) are also excellent sources of information.

Yes, the first summer and year Kai was in Annapolis was difficult for me.  This second year is better for me.  I am proud of all the accomplishments my son has achieved thus far and how well he has adjusted to Academy life.  He has embraced it and so have I. 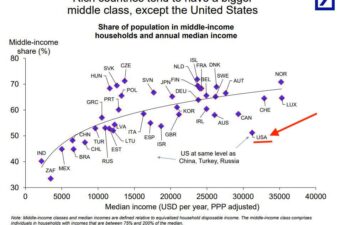